The Koreas need to “swiftly conclude a peace treaty” and end the war, said Samdech Hun Sen, Prime Minister of the Royal Government of Cambodia. “My country has been divided by war,” but it ended 20 years ago, thanks to the “best choice” of dialogue, he said. “We cannot choose war to end war,” he added.

Some 160 nations are represented in the Feb.11-13 World Summit 2022, including 157 nations with diplomatic ties to one or both of the Koreas. The Summit is sponsored by the Universal Peace Federation (UPF) and the Royal Government of Cambodia, hosted by UPF Co-Founder Dr. Hak Ja Han Moon, and co-chaired by H.E. Hun Sen and H.E. Ban Ki-moon, former Secretary-General of the United Nations.

US Vice President Mike Pence (2017-2021) was one of many speakers who saw great hope for Korea’s united future. “There’s nothing that’s impossible when nations work together for the common good,” he said, referring to the global response to the COVID-19 pandemic. This international cooperation is why “the dream of a united Korea is possible,” he said. 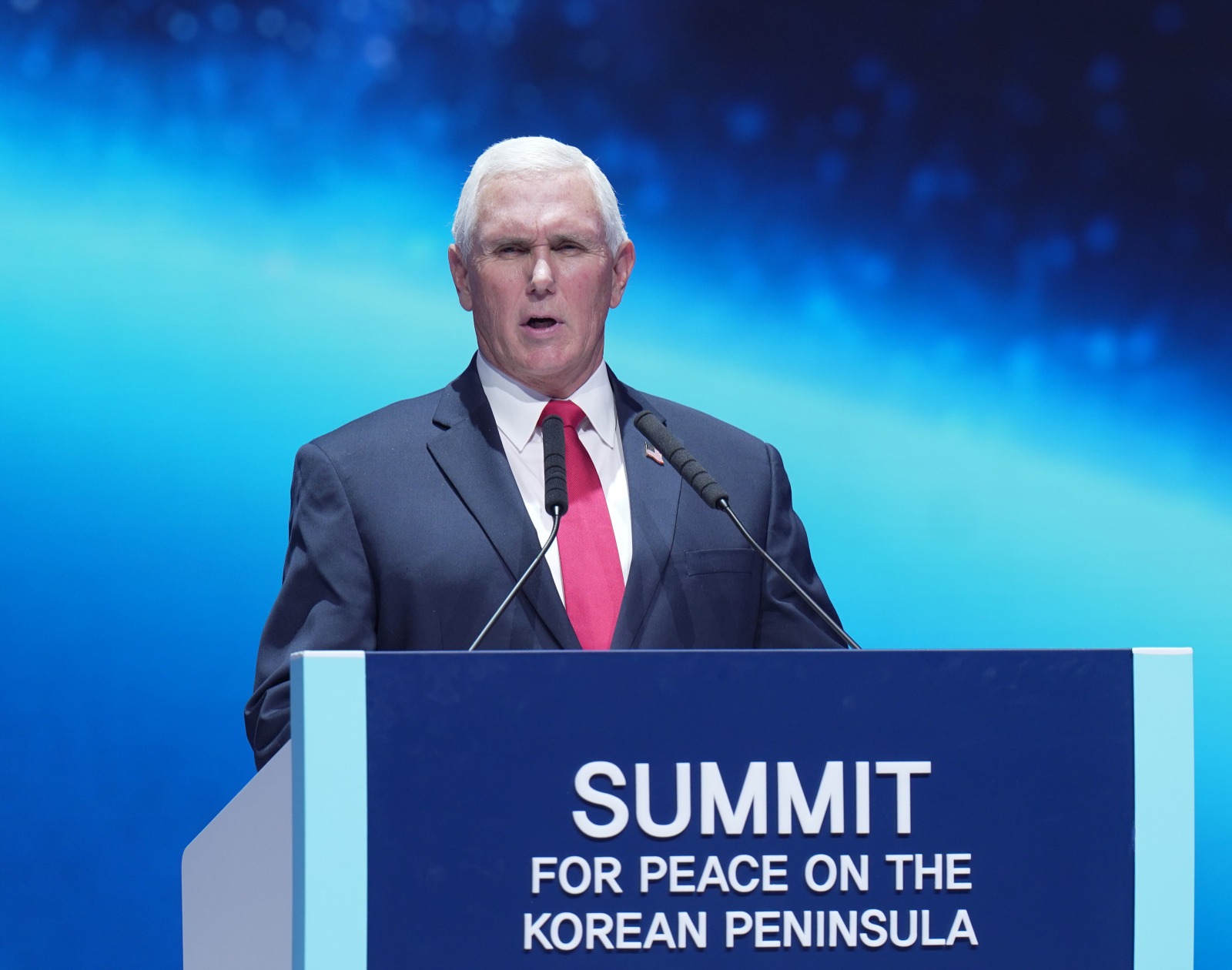 “We are all for peace. The question is what are we prepared to do to make it possible,” said H.E. Ehud Olmert, Israel Prime Minister (2006-2009), who praised the Trump/Pence administration’s peace efforts in the Middle East. “Words are one thing and real progress is another,” said Kyra Phillips, ABC Correspondent and veteran newswoman who recalled seeing promises of Korean peace evaporate instead.

Many world leaders offered wisdom from their own or their nation’s histories of peacebuilding. ”Peace is cultivated in courage, trust and dialogue,” said Senegal President Macky Sall, who is chairman of the African Union.

There is “defense power” and “diplomacy power,” but “peace power” — the ability to build peace through honest, personal relationships — should not be underestimated, said Hon. Yoshinori Ohno, Minister of the Environment in Japan (2018-2019).

“I personally think the North Koreans are seriously thinking of the possibility of opening up,” said Dr. Claude Begle, former Swiss Member of Parliament. What is needed is a safe platform for dialogue to eliminate fears, establish mutual trust and plant “seeds for peace,” he said, noting that the UPF is well-positioned to offer such a platform.

“We can fix this together… but we need the whole world on board,” said US broadcaster Trish Regan.

Many speakers presented challenges to peace, such as resistance to denuclearization; foreign troops in South Korea; strained Korea-Japan relations; tensions between China and the US; and core Korean differences, such as the North’s devotion to a single leader and its own nationalism versus the South’s determination to form a highly prosperous, modern democracy that values individual freedoms.

Summit speakers also offered a range of solutions, such as encouraging new friendships with the North Korean people through trade, tourism, sports, music, and cultural exchanges. Hon. Lim JongSeong, one of 35 Members of the South Korean National Assembly participating in the Summit, spoke of forming an official agency to assist with reunification of Korean families. US businessman Jim Rogers, chairman of Beeland Enterprises, energized the audience with his presentation on opening up the 38th Parallel to permit construction of an international highway-and-tunnel system, “so people can drive from Tokyo to London.”

Michael Breen, a Seoul-based journalist and author, dropped a solution at the feet of UPF, suggesting that the NGO hold its next World Summit in Pyongyang.

US House Speaker Newt Gingrich (1995-1999) summed up many of the speakers’ sentiments when he said, “The human race will move forward to safety, to prosperity and to freedom only if good people take the time to show courage and get involved.”

“Only by honoring God can we end this sad division in North and South Korea,” said Pastor Paula White-Cain, spiritual adviser to President Donald J. Trump.

Media coverage is welcome. To register:

Asia and the Pacific: https://upf-asiapacific.org/