Universal Peace Federation's (UPF) World Summit 2020 has gathered 7,000 people, from 171 nations including 100 plus former and current leaders, religious leaders, businessmen, and Nobel Laureates. It will also commemorate the centennial birthday of Rev. Dr. Sun Myung Moon, the 60 the anniversary of the Moon’s holy wedding, and the 77th Birthday of Dr. Hak Ja Han Moon. 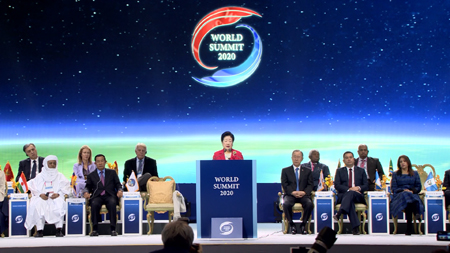 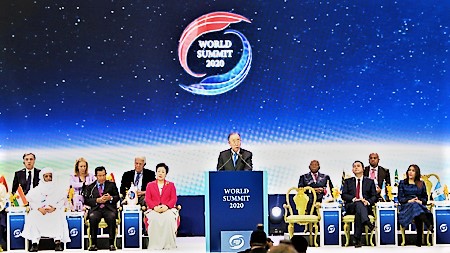 The UPF's World Summit 2020 Opening Ceremony and the World Peace Conference for Interdependence, Mutual Prosperity, and Universal Values at Kintex, Goyang, Gyeonggi-do was prepared by an Organizing Committee consisting mainly of the Universal Peace Federation, The Segye Times, The Washington Times, and Sekai Nippo from Japan. The World Summit 2020 will be held from the 2nd to 9th February under the theme of 'Realizing World Peace Through Interdependence, Mutual Prosperity and Universal Values and Reunification of the Korean Peninsula.'

Following the World Peace Conference, the World Summit 2020 General Assembly, the General Assembly of the International Summit Council for Peace (ISCP), and the Fourth Sunhak Peace Prize are scheduled. Particularly, the World Summit, scheduled for April 4th, will include a keynote speech by Dr. Hak Ja Han Moon, who has been described as 'Mother of Peace' for her initiatives to promote peace in the world. In particular there will be the proclamation of a 'Resolution for Peaceful Reunification and Mutual Prosperity on the Korean Peninsula' during the Summit which has been a major focus for both her late husband and herself throughout their lives. Dr Moon has received an invitation to visit North Korea from its President, Kim, Jong Un as well as birthday gifts stemming from a lineal relationship of the Kim and the Moon family after their historic meeting in 1991 with the then President  Kim, Il Sung. 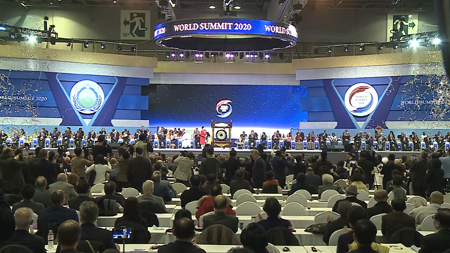 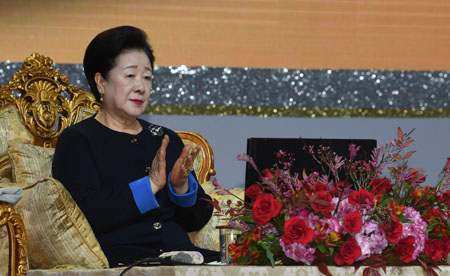 The UPF, co-founded on September 12 in 2005 by the Rev Dr Sun Myung Moon and Dr. Hak Ja Han Moon, is convening the World Summit to gather wisdom for the future of humanity, such as establishing peace on the Korean peninsula, overcoming environmental issues, and resolving inequality. UPF is an NGO in general consultative status with the UN Economic and Social Council (ECOSOC). General consultative status can attend all meetings and events of the UN ECOSOC and its 11 affiliated committees, as well as bring the issue on the agenda to the General Assembly.

Before the opening of the World Summit, the 31st anniversary of the founding of The Segye Times was held at Lotte Hotel in central Seoul attended by more than 500 key figures from all walks of life, including the ruling and opposition party leaders, as well as political, business, and religious leaders.

Chung Hee-taek, President of The Segye Times, said in a commemorative address, "The Segye Times has been implementing social justice by walking the path of orthodox magazine based on the three ideologies “Love God, love humankind, love your country” and sound argument of the national reunification, the implementation of the national spirit, and the realization of the morality world. In particular, president Chung said "The 31-year-old The World Times begins a new 30 years and 100 years. We will reaffirm the founding spirit to remind the rigidity and responsibility of sound writing.”