The International Media Association for Peace was inaugurated during the Universal Peace Federation World Peace Summit 2020. 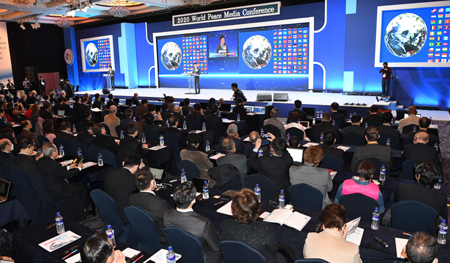 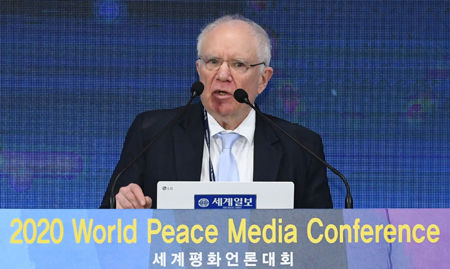 "Sunday, February 2, 2020, at 4:45 pm in Seoul, the establishment of the International Media Association for Peace has been proposed. Those who are in favor, please raise your hands."

On the same day, after the third session of the "2020 World Peace Press Conference" session, which took place at Lotte Hotel in Central Seoul, co-hosted by The Segye Times and the sister magazine Washington Times, and Sekai NipponPo, Thomas McDevitt, the president of Washington, read the resolution and asked the attendees whether they agreed. More than 500 journalists from more than 70 countries all welcomed the founding of IMAP with a standing ovation.

Next, Chung Hee-taek, president of The Segye Times, president Masahiro Kuroki, President McDevitt, and the panel participated in the session, came to the podium, and signed an IMAP resolution made of board panels. The participants under the podium also signed their signatures, in a way to show that they also agreed to the pre-distributed resolution.

President Chung, said, "I believe unbiased and trustworthy journalism is about delivering the universal values that go beyond countries and ethnicity.” To do so, Segye Times will strive to play a pivotal role as a proper journalist to contribute to humanity by pursuing interdependence, mutual prosperity, and universal value.

IMAP is a non-profit organization created to help journalists around the forming a network to contribute to world peace and to explore the role and mission of genuine journalists. In particular, IMAP supported the strengthening of media autonomy based on social responsibility and aimed to restore the credibility of the media that is being deteriorated gradually. IMAP's goal is clearly shown in its three-points resolution: strengthening the role of media, restoring the credibility of journalism, and endeavoring to respect the dignity of its readers.

IMAP strengthened its role as a media that is committed to autonomous, social responsibility and morality. With precise accuracy, we will specify reliable sources and accept contrary points of view to ensure objectivity, and we will mainly pour our efforts to restore the credibility of journalism. Individual bias and contents that degrade the dignity of media will be exempted and we resolved to respect the dignity of readers.

The inauguration of IMAP is in line with the idea of Rev. Sun Myung Moon and Dr. Hak Ja Han Moon, the founders of FFWP. While Rev. Sun Myung Moon and Dr. Hak Ja Han were founding the media all around the world, they had pointed out the media has a substantial role as the fourth power following three existing power; legislation, jurisdiction, and administration when it comes to realizing the world peace and safeguarding the free democratic regime. Rev, Moon said the degradation of public trust from major media is the “consequence of irresponsible, inflammatory, and intemperate behavior. In this sense, Rev. Moon mentioned: “Freedom of reporting couldn’t be made if it does not go along with moral responsibility.”

From this point of view, in October 1978, Rev. Moon held the first international media conference in New York, USA, with 40 participants from 16 countries under the theme of "The Future of Free Press." It is the prior version of the International Media Conference, which was held on this day.

International media conference aims media to have freedom, responsibility, and morality. By doing so, this has strengthened the role of media and highly contributed to world peace. At the 11th meeting in April 1990, Rev. Moon and Soviet President Mikhail Gorbachev held talks and played a substantial role in dismantling the cruel cold war.

In this regard, IMAP also highly appreciated the hard works and achievements of Rev. Moon and Dr. Hak Ja Han Moon. The resolution said we extend our special thanks to Rev. Moon and Dr. Hak Ja Han for their hard works for past decades under the vision of “One Family under God.” In particular, they spared no effort to realize this goal with UPF, Segye Times, Sekai Nippon, and the Washington Times centering around major media outlets that they’ve established. 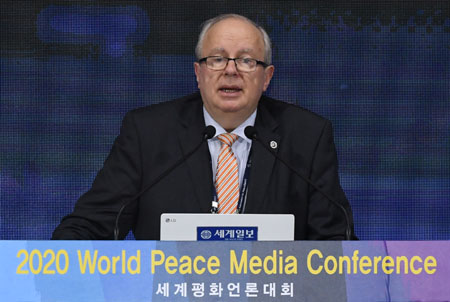