Brexit: What consequences for the UK/EU Relationships?

The panel came together as the reality of another deal which had been agreed between the European Union and the United Kingdom faces the other required steps of a process. While we are in a fundamentally different place than even two days ago, the relationship between the EU and the UK, tricky in the best of times, must negotiate further delicate territory. Video Link 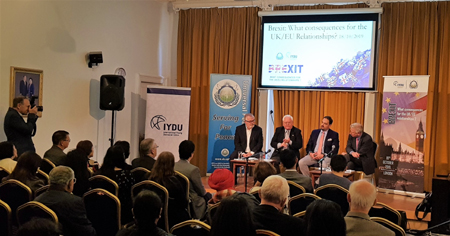 The International Young Democrat Union (IYDU) is a global alliance of centre-right political youth organisations united by a common desire for greater freedom and less government. It was first established in 1981, two years before its parent organisation the International Democrat Union (IDU). The IYDU has grown from 14 members to over 120, from more than 81 different nations. For more info: http://www.iydu.org/

Keith Best, a barrister and former Conservative MP from 1979 to 1987, he has previously been named in the Society Guardian as one of the 100 most influential people in public services in the UK. He became Chief Executive Officer (CEO) of Freedom from Torture in 2010. He joined the organisation from the Immigration Advisory Service (IAS), where he worked as Chief Executive for 16 years, until 2009. He was a Director of the charity Prisoners Abroad and a founding member of Citizens4Britain. He has been a longtime Chairman of the World Federalist Movement. Keith Best is the Secretary of the European Movement UK. He is the Chair of the Board of the new charity, Universal Peace Federation UK

Humphrey Hawksley has reported on key trends, events and conflicts from all over the world. His work as a BBC foreign correspondent has taken him to crises on every continent. He opened the BBC’s television bureau in China. His television documentaries include The Curse of Gold and Bitter Sweet examining human rights abuse in global trade. Humphrey has published four international thrillers, Ceremony of Innocence, Absolute Measures, Red Spirit and Security Breach, together with the non-fiction Democracy Kills: What’s so good about the Vote – a tie-in to his TV documentary on the pitfalls of the modern-day path to democracy from dictatorship. His work has appeared in The Guardian, Financial Times, Yale Global and other publications.  His university lectures include Columbia, Cambridge, University College London and the London Business School. He is a regular speaker and panellist, and he has presented his work and moderated at many literary festivals.

Pavlos Konstas comes from Greece and is a Vice Chairman of the International Young Democrat Union. He has been active in international youth politics for the past 10 years. Prior to joining the IYDU Board, Pavlos served as Secretary General of the Democrat Youth Community of Europe, the continent’s oldest youth political formation and IYDU member organisation. In addition, he served as International Secretary of Greece’s largest youth political organisation, Organossis Neon Neas Demokratias (ONNED), also an IYDU member organisation. Through his action he has pushed for a number of initiatives and proposals on higher education, energy and youth rights that ended up to be adopted by major EU institutions and political parties. Pavlos currently lives in London and works as a management consultant on digital transformation. 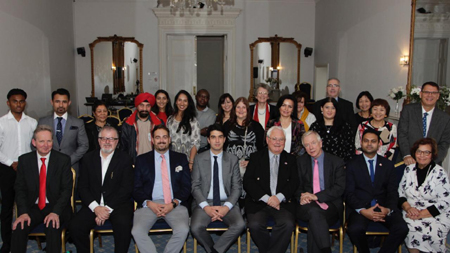 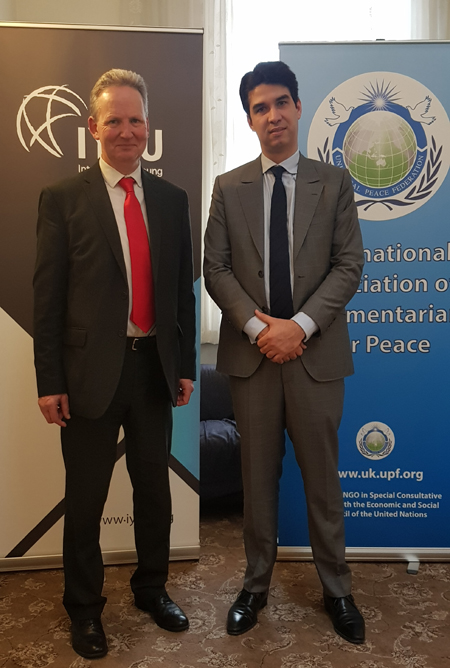