At the recent West Country launch of Universal Peace Federation (UPF) - UK at a one-day leadership seminar in Cleeve House, we had a grand total of 18 participants. This included the experienced UPF presenters Mark Brann and Robin Marsh, both of whom travelled that morning, all the way from London, to give their special keynote PowerPoint presentations about UPF’s work. The main core of their talks documented pictorially the incredible amount of outreach made to many high-level contacts, including a meeting specifically requested by the Pope at the Vatican with both national and international level UPF representatives.

Mark spoke about Conflict Prevention, as well as Conflict Resolution, and illustrated his talk with details about how UPF has been working in Nepal to bring the Maoist extremists together with the mainstream political and religious leaders. The main process of how this happened, which was an ongoing process continuing over many years, involved holding many UPF meetings and conferences which the Maoists attended.

As a result they could feel that the precepts of UPF which affirm the belief in a Creator of all beings, also teach 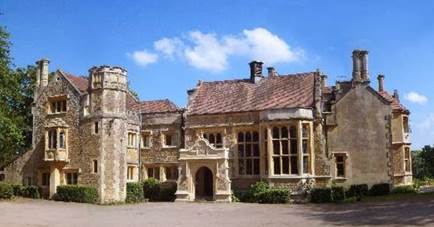 strongly about family values and the brotherhood of man, - and on this level the Maoists (although atheist by definition) had to admit that they supported these ideas 100%.

Both Robin and Mark have been working with UPF for many years and were able to draw richly on their experiences with high-level contacts over that time. Another director of UPF UK, Margaret Ali was also there to support the event and brought one of her contacts with her to participate.

All of those present enjoyed the UPF presentations immensely and made us aware of the scope of activities being covered by UPF Internationally.

We then had a break for a photo shoot outside on the steps, followed by a delicious buffet style lunch with a delightful carrot and ginger soup!

On a more local level, Ambassador For Peace: John Coltman spoke in the afternoon on the subject of: - “Tolerance”, and, by way of an introduction, highlighted how much religious intolerance there had been in this country leading up to and following on from the reign of Henry VIII. He also brought to our attention the types of materials being used in today’s schools, - one example given was about frogs and snakes meeting each other, and a separate example was about gender fluidity; this got us all thinking about how our children are being ‘educated’ to be tolerant; - not only in a respectful way about the beliefs of others; - but also we were shown how the idea of tolerance itself could lead to a state where a moral vacuum is created; - when tolerance itself is pursued to a level of political correctness.

All the topics presented were extremely thought provoking and stimulating, and left plenty of scope for discussion by the participants, for which ample time was allocated in the breaks.

Finally, a public speech, made in the USA by UPF’s Founder: Rev Dr Moon, was presented to the assembled gathering, which underscored and explained the basic fundamental beliefs behind UPF about peace starting within the individual and then moving on to the family level, and finally to society, to the nation and to the world.

The participants then split up into discussion groups and had time to explore the avenues of thought presented that day.

Participants came from diverse cultural and ethnic backgrounds and all three Abrahamic faiths were represented.

Altogether a very positive and rewarding day was held by all, and everyone left feeling uplifted and refreshed, with hope for the future building of a peaceful world of mankind.

This event is the first in a series of one day seminars to be held in the West Country: the next one will follow on Saturday 12th November 2016, so please bring a friend with you next time!