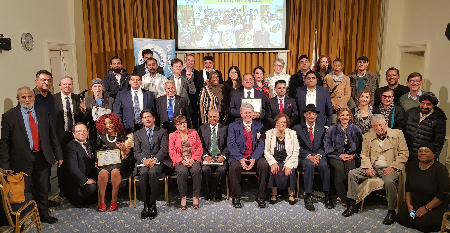 Last night the International Day of Peace was commemorated by Universal Peace Federation UK. There were a diverse group of people attending both in person and online. It was livestreamed on Facebook and Youtube as well as on Zoom. The programme began with a Nasheed rendition from Mr Mohammed Islam and a Hindu chant for peace from a Hindu Priest. Following this Ian Pelham Turner, Royal Photographer, Broadcaster and Commentator shared his insights of the life of our late Queen Elizabeth II as well as his experience in media over many years relating to the Royal Family. He said that he was watched by 4.2 billion people across the world over the ten days of mourning.

Leading Muslim Community figure, Sheikh Dr Hojjat Ramzi, explained that the fruit of justice was peace and shared his passion for human rights issues, such as the Rohingya and the Uiyghurs. He revealed his awareness of the misery of much of the world's population that we, in the UK, are isolated from during our day-to-day life.

Former Three Star Lt. General Abdul Qayyum as well as former Pakistan Senator and Government Minister of the Pakistan Muslim League Nawaz (PML-N) ticket from Punjab spoke after a late invitation by Mr Mlad Khokhar MBE and Mr Shazada Hayat. He was presented with an Ambassador for Peace award for his distinguished career of public service. He was presented with a bouquet of flowers by Mr Khokhar MBE representing Muslim Aid.

There were a number of short speeches and comments following from those in the audience. Merita Isufi, Caroline Heward, Aurangzeb Akhbar spoke from the audience while Dr HC Nikki De Pina from 'Global Peace Let's Talk', commented from zoom. Mr. Ahmed Shebani introduced a famous Syrian filmaker, Mr Anwar Kawadri, whose film of the late Jamal Abdulnasser, is renowned throughout the Arab world. Mr Shebani also introduced Saudi singer, Mrs Latifa Idrissi, who honoured those present by singing one song before the conclusion of our evening.

Each month on the last Tuesday of the month this meeting will be held both in Lancaster Gate and online. UPF has a role both to promote a global consciousness and a sustainable lifestyle. UPF stands for one family of humanity embraced by a loving and inclusive God. To learn more about the vision of the Universal Peace Federation please see www.uk.upf.org

This email address is being protected from spambots. You need JavaScript enabled to view it.

The Passing of the Late Queen Elizabeth II 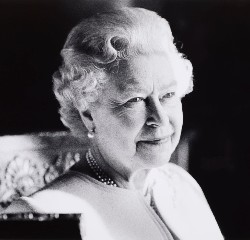 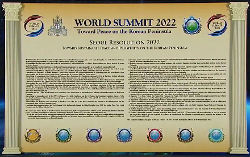