GPF London Opens in the House of Commons The London Global Peace Festival (GPF) began with a standing-room only plenary discussion hosted at the House of Commons in the Palace of Westminster on the topic “New Paradigm in a Time of Global Crisis.” It included presentations from Mrs Ida Odinga, wife of the Prime Minister of Kenya, the former President of Sierre Leone, Ahmed Kabbah and the former Prime Minister of Slovenia, Anton Rop.

The panel discussion, which featured several representatives from Europe, Africa and the Middle East, was hosted in the House of Commons by Dave Anderson, MP. Anderson recently attended the GPF in Kenya and warmly welcomed the delegates from over 50 nations.“People who want to make a difference in this world are always welcome in this House,” he said. 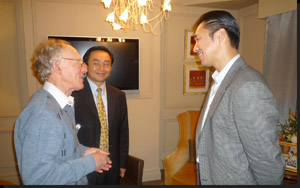 “This work is most important if we are to find peace,” said Rev. Marcus Braybooke, President of the World Council of Religions, the opening speaker, “We must address the moral vacuum at the center of our society and we need leaders whose humility is reflected in their public and private life.”

Several speakers expressed a sense of urgency over the need for a fresh approach or a new paradigm for peaceful change. The Hon. Amjad Ali Majali, MP from the Hashemite Kingdom of Jordan expressed profound frustration with the slow pace of change in the Middle East. “We have to make a frank and objective assessment of current peace strategies in our region,” he said. “They are not working, and terrorism and extremism are almost unaffected. We need to build up an infrastructure for peace and we desperately need to teach our youth about peaceful coexistence. In short, we need a ‘new moon’ of peace” 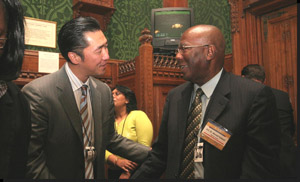 “Obviously we all agree that good governance is desirable” said Ahmed Kabbah, President of Sierra Leone for eight years until 2007. “Leaders should always realize that they are servants of the people, including their own staff and associates. However, making good governance an absolute prerequisite for financial aid and support for peaceful development still may not the best policy. In times of crisis, people who are already suffering from the consequences of bad leadership decisions should not have to pay an additional price.” 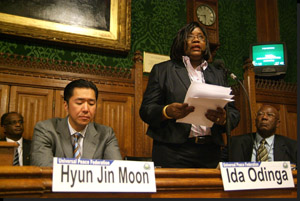 The next speaker was Mrs. Ida Odinga, wife of the Prime Minister of Kenya, the Hon. Raila Odinga and herself chair of Kenya’s league of women voters. “Kenya has seen great changes in the past decade, moving from single party rule to a multiparty democracy and the current governing coalition” she said. “But after the unexpected outburst of post-election violence last year, we realize that our work is just beginning. Now Zimbabwe is facing the same kind of crisis that we overcame last year, and I hope our example, and the record speed in which we struck a peace deal, will be instructive.” Mrs. Odinga also noted that the work of the International Leadership Conference, and the success of the recent Global Peace Festival in Nairobi had also played an important part in stabilizing the country. 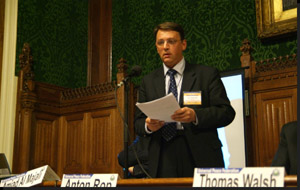 Anton Rop, Prime Minister of Slovenia 2002-2004, spoke about the new challenges posed to peace by the current global financial crisis. “Today the well-being of entire nations is being threatened by what Warren Buffet has termed ‘weapons of financial mass-destruction’” he said.

“The task of building a world of peace must start with faith leaders and people of faith,” said Dr. Hyun Jin Moon in his keynote address. “My Father has always believed that God works through all faith traditions. We need to identify, promote and celebrate our many common and universal principles, and work to create One Family Under God, one family at a time. 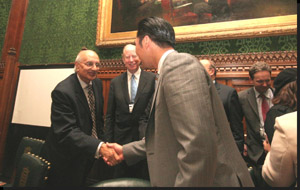 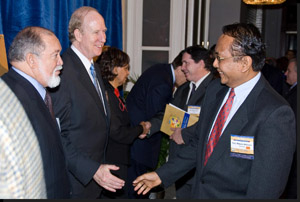 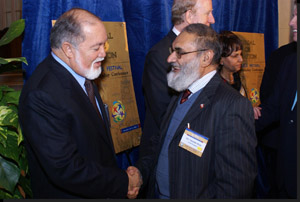