Sharing for Peace (The Kingdom of Heaven) 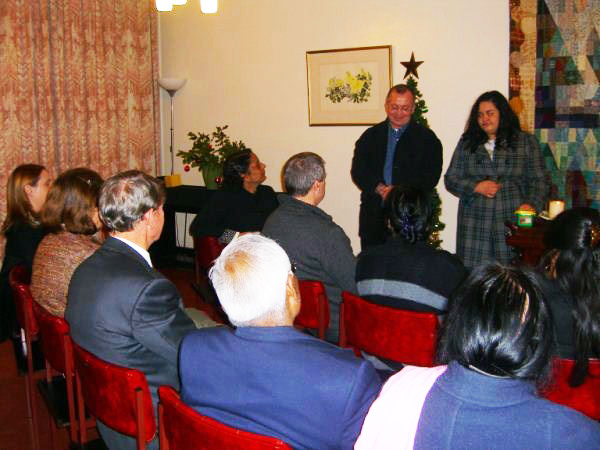 Due to the weather conditions, one of the speakers withdrew his presence and yet we managed to gather 13 of us for the meeting under the topic "The Kingdom of Heaven"

The meeting started with self introductions and a sharing on "wishes for the year 2010". AFP (Ambassador for Peace) Shubha highlighted that the purpose of the meeting is for mutual sharing and understanding and that either religious or non-religious people could find some insight during the meeting. After introducing 3 communication techniques, AFP Manar guided us in a relaxing Chi Gung exercise to prepare ourselves for the meeting. 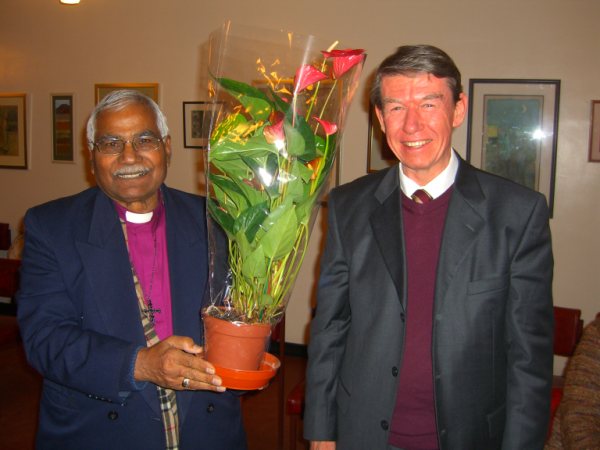 The two speakers Hamish Robertson (representative of UPF) and Frances Hume (Scottish Interfaith Council officer) shared some insights on the topic followed with some comment from participants.  Mostly agreed with the idea "The Kingdom of Heaven is to be build on earth with human, and that it is within us  - not just waiting to happen after we pass from this life"; so we found the common ground through this meeting.  It was especially meaningful at this season.

A prayer for world peace was guided by MC Ann Breslin and followed with a 'unity water ceremony' and a lucky draw for a house plant. Before the end of the meeting, we sang "We wish you a Merry Christmas" to each other and had a closing meal with mince pies prepared by two committee members.