The Joint Faith’s Celebration was a accumulation of sharing, talk, reading, food, music and drama highlighting the significance of ‘Mawlid An-Nabi (Birth of Prophet Mohammed), Pesach (Passover), Easter And Vaisakhi’. Around the sharing of these precious faiths’ holy events there were many significant meetings among the 80 plus people gathered, including interfaith figures such as Rev. Dr Marcus Braybrooke, President of the World Congress of Faiths, Community Cohesion figures such as Dr Husna Ahmad, CEO, Faith Regen Foundation, Marilyn Brummer of the League of Jewish Women and humanitarian influential figures such as Dr Saif Ahmad, (MADE in Europe), Dr Hojjat Ramzy, Proprietor of the Iqra Girls’ School in Oxford and a presentation by Daniel Hurter about Children’s Relief Bethlehem.  Photo Link 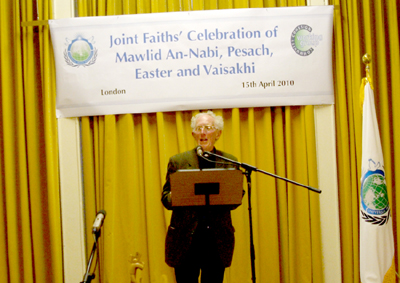 Rev Dr Marcus Braybrooke explained the significance of Easter to Christians. 'Lord Jesus Christ's first word after resurrection was 'Mary'. It was a personal word illustrating that this is a personal experience. Through the death of Jesus on the Cross we gained 'Atonement' for our sins. We can become 'At One with God'. He described the feeling, 'I am loved and forgiven' rather than feeling abandoned by God. The belief in Easter is fundamental to Christians that illustrates that 'love is stronger than hatred'. 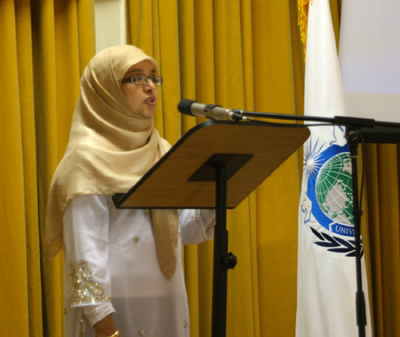 Dr Husna Ahmad, CEO, Faith Regen Foundation identified a number of moral standards that were established by the Prophet Mohammed, (PBUH). Monetary honesty in financial dealings, keeping of one's word and not lying were some of those standards that were established at that time that are needed during these days as well. The first human rights party was supported by Prophet Mohemmed who emphasised that wars had to fought ethically and respect given to prisoners of war in a code that had a role like the Geneva Convention today. 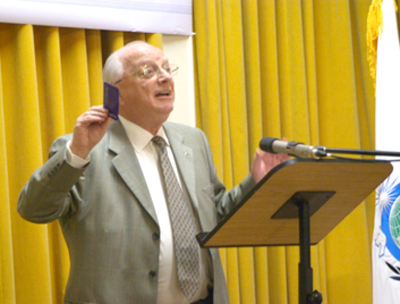 He explained his Freedom Pass (free London transport for those over 60 years old) has some parallels with Passover (Pesach)! He described the symbols of the Passover seder meal as a process of 'visual early education' rooted in the experience of the slaves in Egypt. The traditions of the 'spring clean' of the Jewish home before Passover as a healthy tradition that is supposedly looking for bread to remove from the house. The extra cup set out for Elijah to take on his return pressaging the coming of the Messiah. However, the belief of the children in Elijah's coming has similarities to the belief in Father Christmas of Christian young children. Seder traditional ending is the toast, 'next year in Jerusalem'. which has many meanings but Jack considers to be reliving the experience of those slaves, 'next year we shall be truly free'. 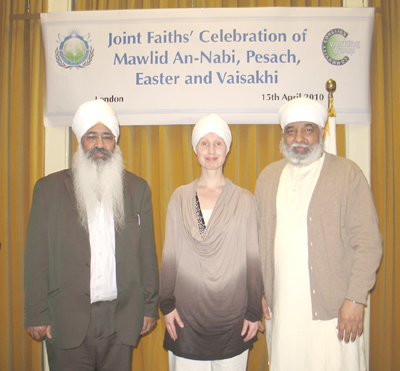 Mr Sukhbir Singh explained, 'Sikhs all over the world celebrated Vaisakhi yesterday, and will continue to do so for another few days.

Vaisakhi for the Sikhs represents the birth of the Khalsa, and has its beginnings in a remarkable event that took place over 300 years ago. During the latter part of the 17th century, India was ruled by the Mogul Emperor Aurangzeb who was bent upon converting the Hindus into Islam.' 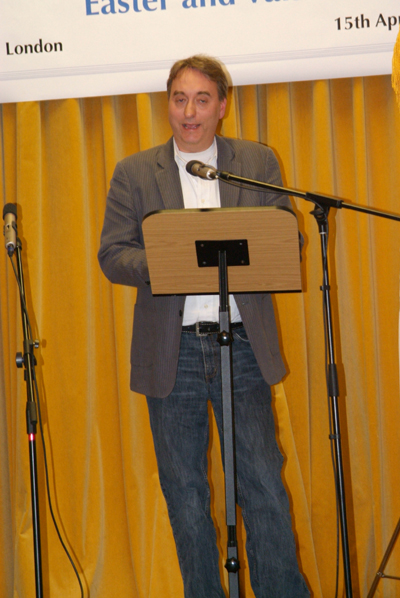 Daniel Hurter made an appeal for Children's Relief Bethlehem. He showed a video of the hospital and its out patient work. This can be seen by the video.

A heartwarming 7 minute documentary of the work of Children’s Relief Bethlehem which finances and manages the Caritas Children’s Hospital. They provide medical care medical care for all children regardless of race, religion or ability to pay, together with health education and other projects to benefit families in this troubled region of the Occupied Palestinian Territories.

For support and more information please visit www.childrens-relief-bethlehem.org.uk
Contact: This email address is being protected from spambots. You need JavaScript enabled to view it.