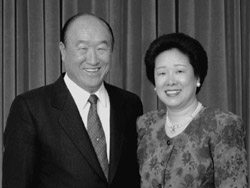 It is the centenary of Universal Peace Federation (UPF) Co-Founder the late Rev. Dr. Sun Myung Moon today, 30th January 2020. There is a World Summit for international leaders, the Sun Hak Peace Prize and inaugurations of three new initiatives planned for the celebration. The 100th anniversary of the birth of Dr. Sun Myung Moon will be celebrated in South Korea on February 6, 2020, at a large gathering at Gapyeong. Dr Hak-ja Han, his wife, who took over the leadership of the movement at his death in 2012, will turn 77 the same day, At the same time, the 60th anniversary of their marriage will be celebrated.

Join the team. Sign up for our newsletter, keep abreast of our programmes and tap into our global network

of Ambassadors for Peace.

The Universal Peace Federation (UPF) is a global alliance of religious, academic, political and civic leaders, and organisations joined together to promote peace in which all people live together in harmony, cooperation and co-prosperity. UPF is guided by a vision of humanity as one global family under God, called to live in accordance with core, universal principles. All people are believed to have equal value and are loved by God whether or not they believe in God themselves.

UPF works with a global network of Ambassadors for Peace who are individuals whose lives exemplify the ideal of living for the sake of others, and who dedicate themselves to promoting universal moral values, strong family life, inter-religious cooperation, international harmony, renewal of the United Nations, responsible mass media, and the establishment of a global culture of peace.

The Benefit of Subscribing to UPF:

Involvement in a Worldwide Network of Ambassadors for Peace

Priority Invitation To All UPF Events

You can pay online (www.uk.upf.org and scroll down on the left) or by cheque to Universal Peace Federation UK. Please fill out the details below and return to one of our staff. Please email us with your Name, Email and Mobile. 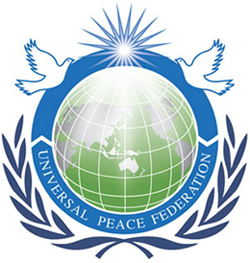 Formerly CEO of national charities SurvivorsUK, Freedom from Torture, IAS (Immigration Advisory Service), Prisoners Abroad; Vice Chair of the European Council on Refugees and Exiles; served on Foreign Secretary’s Advisory Panel on Torture Prevention; practising barrister and Member of Parliament (Anglesey/Ynys Môn); Parliamentary Private Secretary to Secretary of State for Wales; named in the Society Guardian as one of the 100 most influential people in public services in the UK; Major in airborne and commando forces. 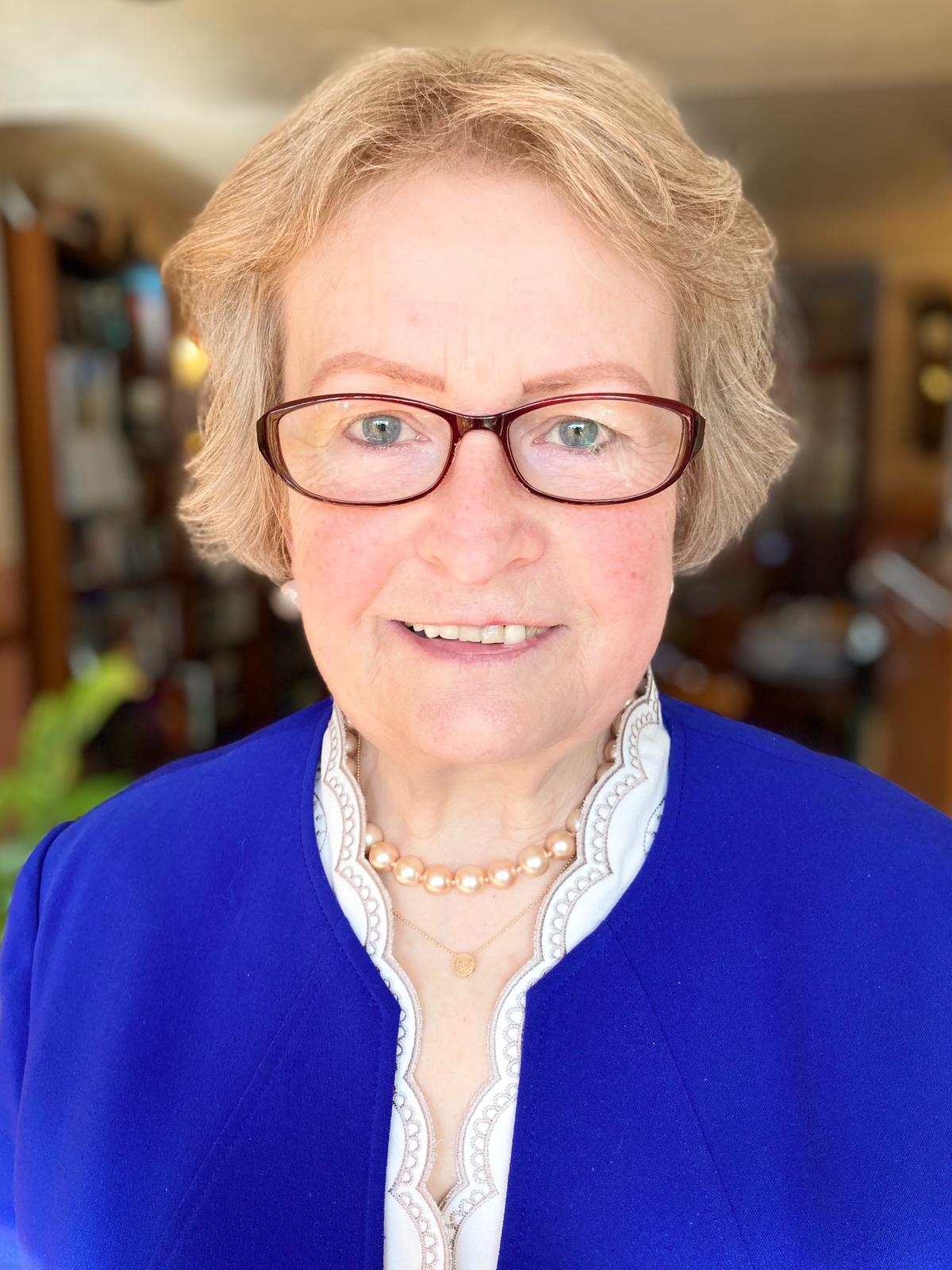 Mrs Tina Coombs has been working in the community as a Care Worker with the Croydon A&E Liaison Team for the past 10 years, as well as working with a Health & Nutrition Company. Prior to this, Tina was President of the Women’s Federation for World Peace (Europe and U.K.) when she co-founded the Dignity Project, which works to empower women, promote the value and dignity of women and highlight the importance of this in creating a culture of peace. Tina is passionate about working with organisations that act for positive social change, e.g. the Family Federation for World Peace and Unification, the United Nations Association for Sutton and Croydon and the Croydon Community Against Human Trafficking (CCAT).

Tina was born and raised in Austria, where she worked as Dietician. She has also lived in the USA, and for the last 35 years in the UK with her husband David, their four daughters and two grandchildren. 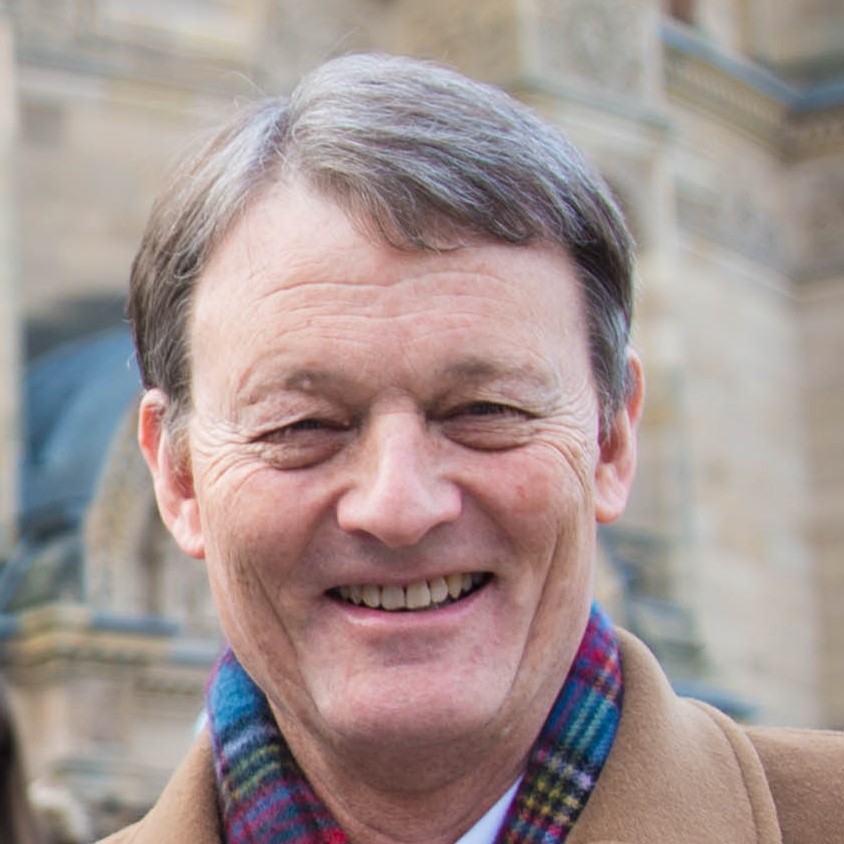 From 1990 to 1997, Mr. Fraser Harris served the International Religious Foundation (IRF) as the director of its European office in Rome. He was responsible for the promotion of IRF’s interfaith programs in Europe, which included both conferences and the international projects of the Religious Youth Service. From 1997 to 2012 he and his family lived in Damascus (Syria), where he taught English and travelled frequently to support UPF programs in Lebanon, Jordan, Turkey and other parts of the region. He continues to support such programs from his home just outside Biggar in the Scottish Borders. 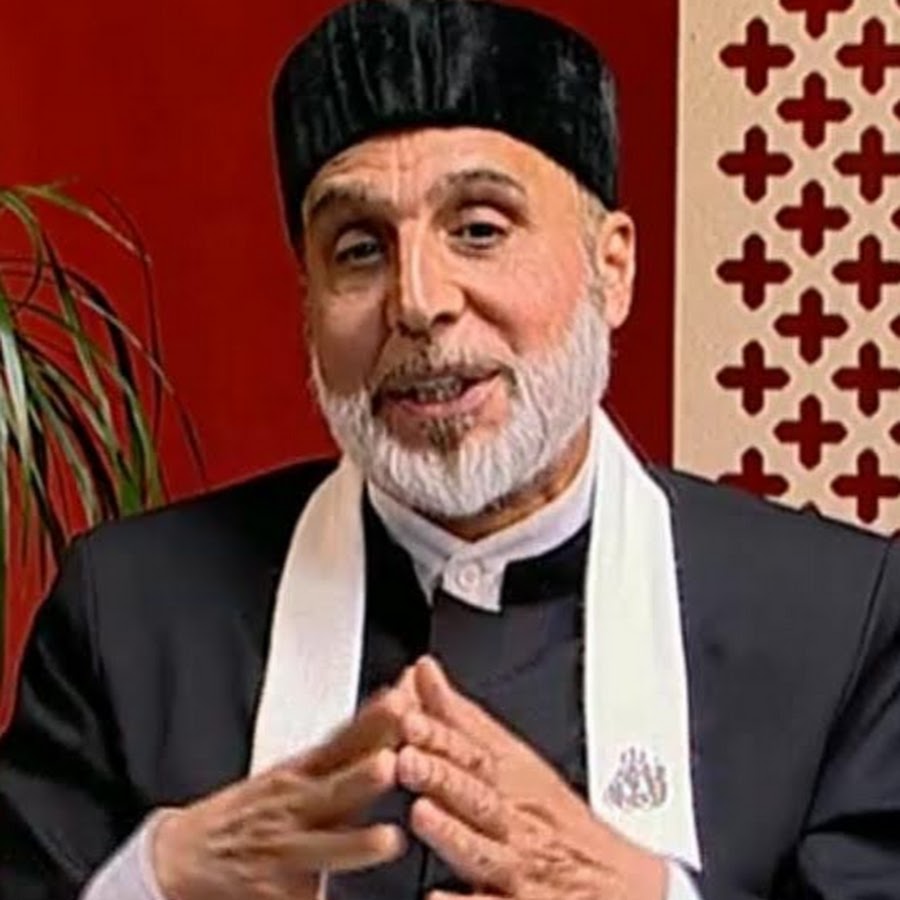 Sheikh Dr. Hojjat Ramzy is the Director of the Oxford Islamic Information Centre and the Muslim Chaplain at Oxford Brookes University. Born in the Middle East, Sheikh Ramzy has lived in Oxford for over 30 years. He holds an undergraduate degree from Oxford Brookes University and completed further Islamic stuental organisations and with religious leadies at Markfield Institute in Leicester. As an Islamic scholar, he has worked with several governmental and non-governmders of all faiths. He established the Oxford Islamic Information Centre to provide accurate and accessible information about Islam with a view to promoting understanding, peace and brotherhood within the local and national community. 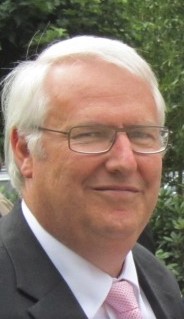 Timothy Miller is living in Bexhill, East Sussex, where he is a current Board Member of the South East England Faiths Forum. He is also a current Trustee and Chair of the Hastings and Rother Interfaith Forum. Formerly he was the supervising social worker for foster carers in Kent 2002 – 2005, the former Vice-President UPF Europe 2005 to 2015, the lead for the European Leadership Conferences for UPF Europe 2004 to 2013 and the former Services Coordinator Association of Carers, East Sussex (an East Sussex charity supporting families caring for another adult with health issues)2014-2019. He has been retired since April 2019. He is married to Sabine Miller and they have four adult children. 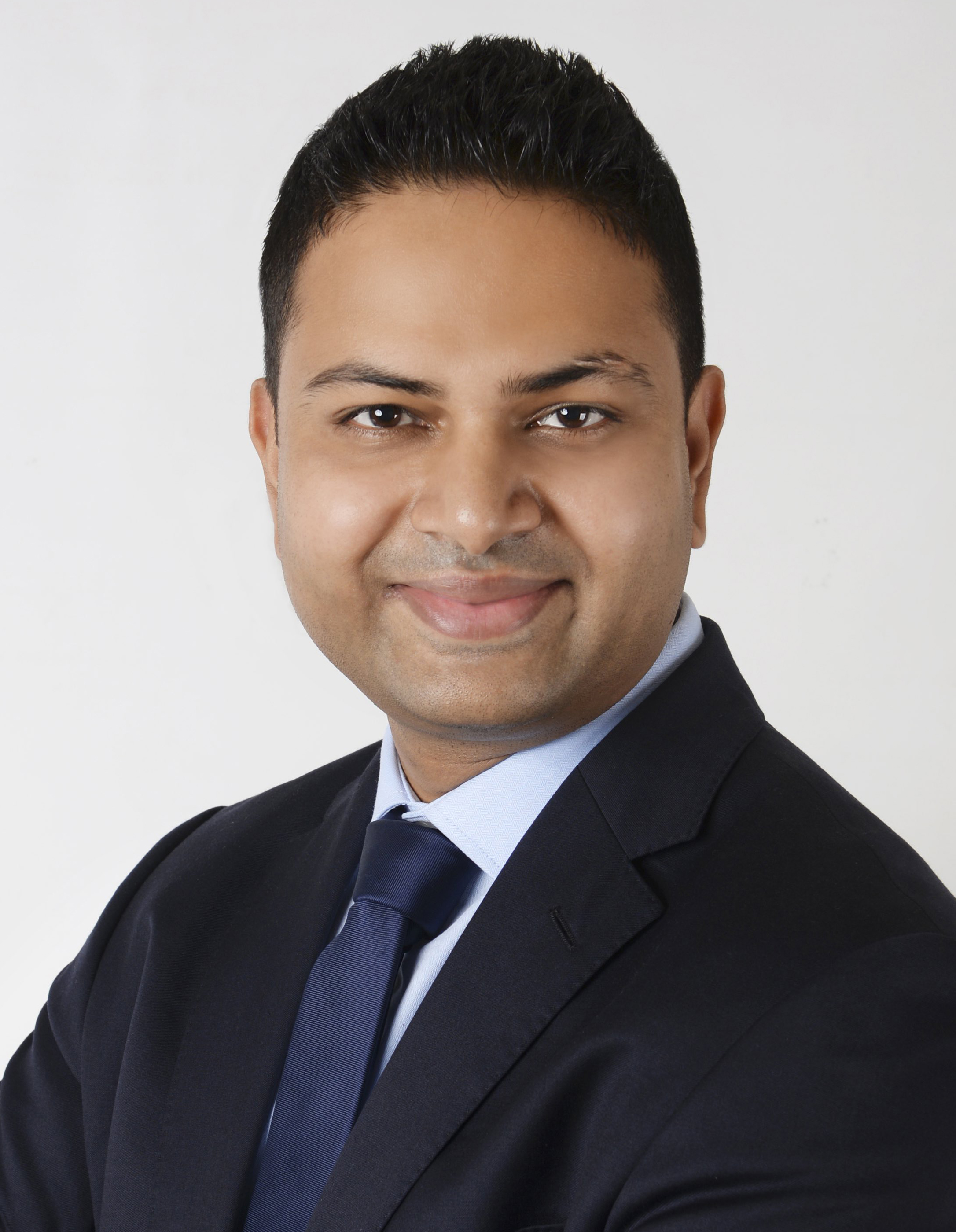 He was born in Tamil Nadu, India and migrated in his teens to U.K. He was inspired by his grandfather PKS Kattuwa Mohaiyadeen an Indian Freedom Fighter, was well known for his social activities and community services.

He began actively involving himself in community activities, when he witnessed the unfortunate incident involving a well-loved British soldier Lee Rigby. He initiated solutions for similar terrorism activities with the sole purpose of bringing peace and harmony among various sectors of the community promoting the prevention of similar activities in the future through his founded NGO “World Humanitarian Drive (WHD)" initiatives, events, and programs.

Email:  This email address is being protected from spambots. You need JavaScript enabled to view it.

UPF, an international and interreligious network of individuals and organizations, including representatives from religion, government, civil society and the private sector, is dedicated to achieving world peace. An NGO in special consultative status with the Economic and Social Council of the United Nations, UPF supports the work of the United Nations, particularly in the areas of interfaith peacebuilding, peace education, and the strengthening of marriage and family.