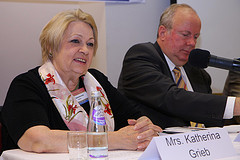 “Everyone has the right to freedom of thought, conscious and religion; this right includes one to change his religion or belief, and freedom, either alone or in community with others and in public or private, to manifest his religion or belief in teaching, practice, worship and observance.”

Peter Zoehrer, the Representative of Unification Austria, opened his speech by quoting Article 18 of the Universal Declaration of Human Rights (1948) and followed through his speech the many themes posed and touched upon in the article: freedom, religious safeguard and mobility; the idea that religion canchannel a way to human rights.

Peter states that freedom of religion is a principle that supports freedom of the individual, community, or public; that one has the freedom to leave a religious group (apostasy), if ones conscious wishesthem to do so.  With such a basic human right, Peter conveys how for centuries although there have been initiatives for religious freedom, there is still a lack of mobility in the area where 18% of the world still have a lack of religious freedom, some more than others with North Korea being at the top.The largest advancement in history in regards to religious freedom was the Universal Declaration of Human Rights.  The years leading up to the declaration 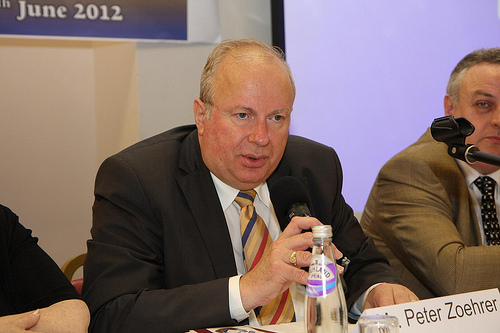 saw great difficulty with many hearty and heated discussions being made on the smallest details.  However to this day the 10th December is celebrated all over the world, by individuals organisations and NGOs as ‘Human Rights Day’, a Day that reiterates, emphasises and embraces humanity as a whole; a day that reminds one that everyone has individual rights and that those rights are safeguarded, including religious freedom.

Lastly Peter touched upon the idea that despite religion one should be able to reside in any country.  It is this diversity that brings colour in society and makes life vibrant. Therefore the safeguarding of religious freedom is also the safeguard of human rights, a door for all religious communities to live as one.

Mrs. Katharina Grieb, President of the International Society for Human Rights Austria, gave a moving speech on religious freedom and human rights by focusing on the case of Egypt and Christianity. She touches upon the idea of stereotypes.  One can be a Christian and still live in an Islamic country, however many would automatically assume one is Muslim.  It is the idea that despite religion and what country one lives in it is important to understand the other, learn, experience and embrace the other, instead of creating a barrier between one another.  Rather the core morals and ethics of each religion and concept are the same, and it should be a tool for people to grow and learn to give citizens the feeling of the other and appreciation. She added, 'I have a dream that all people can live in dignity and respect for each other.' (http://t.co/crJiZed2) She finished by saying “we have the right to have our religion, our freedom, our friends and our God…that all can live in freedom and respect, one to the other and one to all.” The idea of “us.”