The first speaker to address the diverse audience, filling committee room 4A of the House of Lords up to its full capacity of 80 was Dr. Yong Cheon Song, Regional Director of UPF in Europe. Having lived and worked in Kenya as well as in Europe he sees in the great economic convergents of the two continents an opportunity which requires “A New Vision of Cooperation between Europe and Africa.” (Click on title/link for full speech.) Dr. Song went on to give an overview of projects that UPF's founder Sun Myung Moon has initiated and advocated in Africa and around world aiming towards one prosperous family under God. Among them were the International Peace Highway

connecting the continents and fostering cooperation and development and the development of fish farming as feasible alternative to resource intensive meat based diets. Concerns were raised about China's increasing involvement in Africa, which – coming from a “military first, one-party rule” - often supports militaristic dictators and neglects sustainable social and ecological development and human rights.

The next speaker Brigadier James Ellery CBE thanked Dr. Song for his comments on the danger of Chinese involvement in Africa. Having led UN Missions in the Democratic Republic of Congo, Sierra Leone and Southern Sudan the Brigadier based his talk on his experiences in the field. He spoke in greater detail about development in Sierra Leone. There he experienced, that in cases requiring urgent action, unilateral intervention from a country knowledgeable in the region can more effectively instill order than UN interventions, as Operation Palliser in 2000 proved to him. He emphasised that democratic developments requires the restoration of order and disarmament of non-democratic forces vitally. In South Sudan Mr. Ellery learned which great suffering and division the enforcement of one religion onto another group causes. 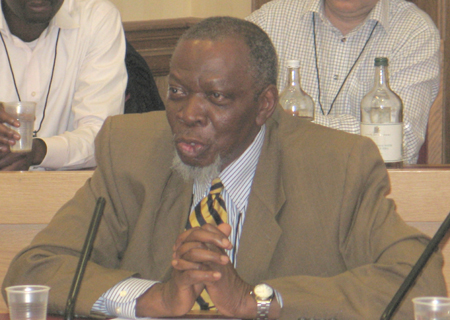 Mr. Aliu Bello, with 24 years of experience working with UNICEF in Nigeria, Ghana and Afghanistan asked people to not look back to the past. He senses great resistance against military intervention in today’s Africa, “nobody wants to see a coup d'état anymore, as recent events in Mali have shown.” Mr. Bello sees further positive developments in the strengthening of civil society, an increasing sense of preventive diplomacy among African nations. He has great hope that Africa can now leave the “monster of war” behind and focus on developing the great human natural resources the continent bears. But in-adequate infrastructure, still active militant groups in some countries, bad governance with no consistent policies and the “endemic of corruption” are in many cases driving these positive developments back. Mr. Bello sees great potential in the African Diaspora (1) to advocate for political stability in Africa, (2) to offer opportunities of the increasing young population (60% under 20 by 2020) to develop skills and (3) foster economic links between Africa and Europe that are of mutual benefit. Mr. Bello concluded with the suggestion: ”that we who are gathered in this room develop these programs in partnership with UPF, so that next year on this day we can report our shared successes!”

Ms. Belinda Atim, who works as an independent consultant global health and development issues, gave an overview about the status quo in human development in East Africa. She explored in greater detail development in her native country Uganda from a gender 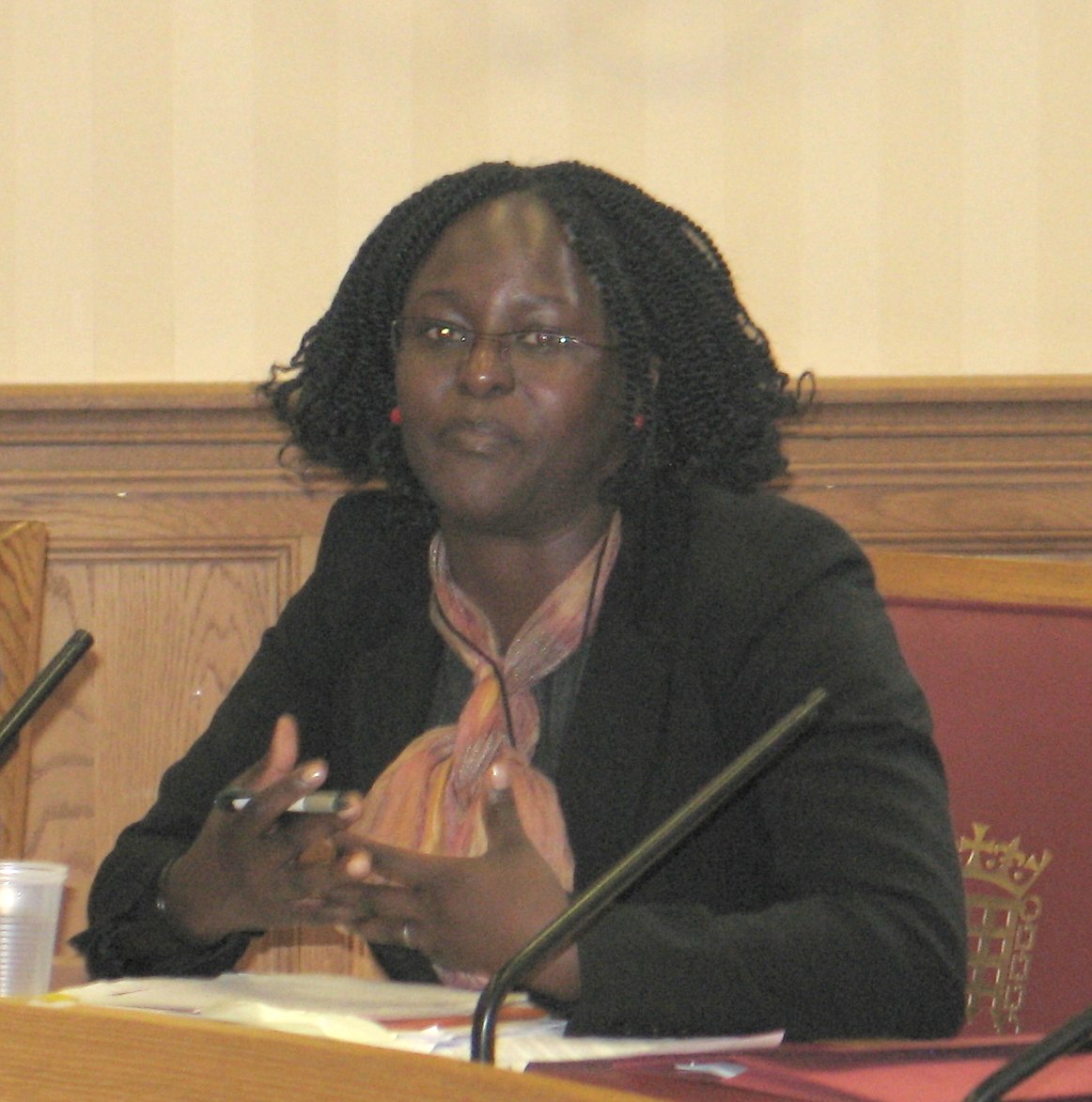 perspective. She pointed out that,

“social powers are far in-balanced” and poverty is hitting especially women and children hard, causing i.e. a very high child mortality rate and girls being driven in early marriages. A very high percentage of women are still economically inactive. Ms Atim stated that activating this potential could make a great positive impact on East Africa. She contrasted this, with sharing the examples of some women who did well in the region.

Outside Uganda's capital, Kampala the government is failing to provide the infrastructure necessary for personal development. Ms. Atim again identifies corruption as the main obstacle for development. “If you put more (development) money into a rotten system it will only sink deeper into some people's pockets.”

The day's final panelist Ashley Crosthwaite, Chairman of the UK chapter of the International Relief and Friendship Foundation (IRFF), presented the work of his NGO in Uganda, which includes AIDS prevention campaigns on national level, a microfinance program and a primary school. Mr. Crosthwaite sees himself as an “ordinary citizen”, who “could do a lot” after finding trustworthy partners on the ground. “You don't need a lot of money to make a real change in the life of a young person in Uganda.” The activist highlighted the value of initiatives developing from personal contacts between Europeans and Africans. These personal connections according to him can work effectively around corrupt authorities. Addressing the greatest life-threat in Uganda, IRFF developed a model AIDS education program, which has been  recognised by Uganda's first lady.

The five panel talks were followed by a lively discussion, with many passionate contributions from the audience.