A monthly core Ambassador for Peace evening held last night considered the role of the traditional family. Robin Marsh and Margaret Ali considered the significance of the lessons and experience of Godly families to long term peace.

Next Ambassador for Peace meeting will be on July 30th evening. Photos are on Picasa through this link. I used part of a powerpoint from the International Universal Peace Federation slideshare accessible from this link. 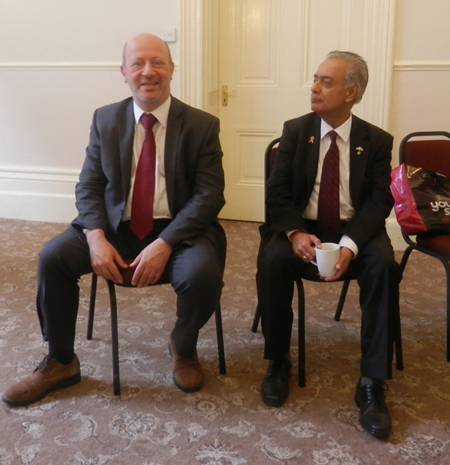 One person commented that, "The core Ambassadors of Peace meeting is a fantastic way of coming together to discuss issues of great importance to our society such as the topic of today: Why is The Traditional Family So Important.’’

Mr Arun Bedi (on right in photo) often meets me on the train at key times when we are just about to have a meeting. He considered it his destiny to come last night after we met on the train.

One Ambassador for Peace said she was buzzing after the meeting. She understood some aspects of family relationships that she had never been able to understand before.