The inauguration of The “International Association for Peace and Economic Development” – UK (IAED – UK) was organized at 43 Lancaster Gate, London, on the 15th December 2021.

IAED is an Association rooted in the principles of Universal Peace Federation and the belief that business can be a much needed force for good, IAED seeks to build a network of business, government and economic thought leaders committed to driving economic development toward establishing a global environment of interdependence and mutual prosperity.

This launch featured the Hon. Paul Clark, the former UK Minister of Transport, who cut the ribbon to unveil the IAED Logo together with the Continental President of an affiliated charity the FFWPU, Dr Michael Balcomb that supports and coordinates UPF activities. Mr Robin Marsh, Secretary General of UPF (UK), moderated the event.

The Chairman of IAED (UK) Dr Abdul Basit Syed, who organized this event, commented during his speech “Strengthening economy is the only way to support peace in this world”.

Alongside the inspiring speeches there was an Ambassador for Peace awards ceremony for business leaders followed by a celebratory dinner. 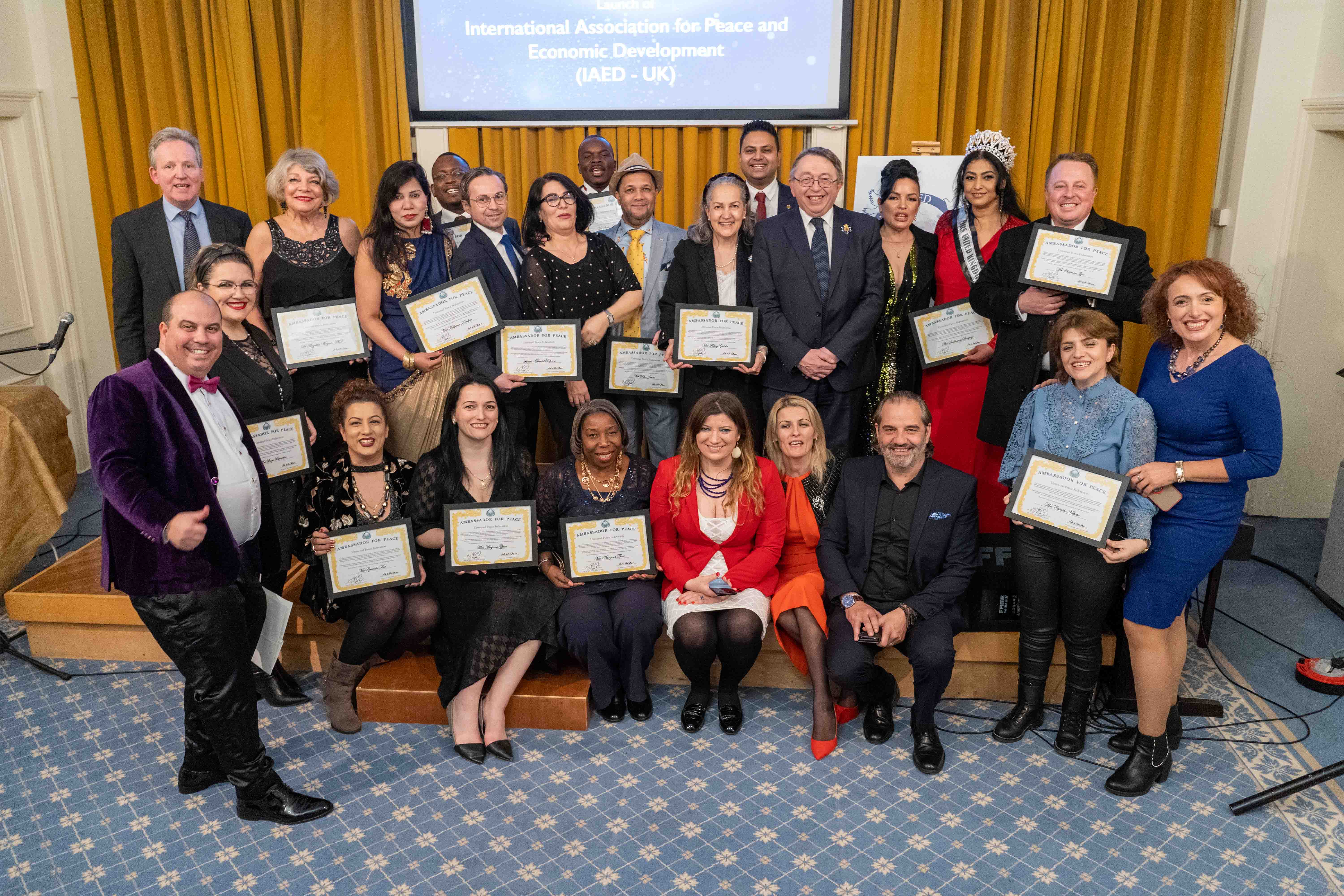 This event is to be followed, by larger programs and summits involving many world leaders gathered in the UK Parliament to support the initiated programs of IAED, scheduled for the 5th of April, 2022 to go along with the “International Day of Conscience” a day initiated by HRM Hamad Bin Isa bin Salman Al Khalifa, The King of Bahrain, to kindle peoples conscience to work for peace.

The International Association for Peace and Economic Development (IAED) was launched at the World Summit 2020 in Seoul Korea by the Universal Peace Federation (UPF) and Co-Founder, Dr. Hak Ja Han Moon, as the newest of six divisions which make up the UPF.  The Summit gathered over 5,000 delegates convened under the theme of Interdependence, Mutual Prosperity and Universally Shared Values.   Guided by the vision of the founders that we are “one family under God” attendees at the IAED Conference signed an Inaugural Resolution that read in part:

“We affirm our belief that business leaders have the opportunity and responsibility to work in collaboration with other sectors of society to make the world a better place, addressing its most significant challenges, and promoting world peace, long-term mutual prosperity and truly sustainable development’

Rooted in the principles of UPF and the belief that business can be a much needed force for good, IAED seeks to build a network of business, government and economic thought leaders committed to driving economic development toward establishing a global environment of interdependence and mutual prosperity.  IAED works to achieve its goals in three ways:

IAED has offices in 8 regions around the world including: North America, Africa, the Caribbean, Central and South America, Europe and the Middle East, Asia Pacific, Korea and Japan.

Is to attract and develop a core of business, government and innovative economic thought leaders who can collectively impact society through collaboration, education, personal development, and deepened relationships that lead to the creation of a global environment conducive to mutual prosperity.

Is a world where freedom, peace, unity and happiness will flourish as economic development aligns with a spiritual and ethical purpose.