Building a Culture of Peace - The Role of the Little Angels 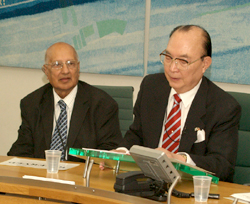 Building a Culture of Peace - The Role of the Little Angels

Dr Bo Hi Pak explained the history and purpose of the Little Angels during a session in the House of Commons to coincide with their visit to the UK. After showing a video of the Little Angels Tour to commemorate the 60th Anniversary of the Korean War, Dr Pak shared his gratitude to the UN forces who came to South Korea's aid during the conflict.  The Little Angels have performed in Pyongyang, the capital of North Korea, in order to build relationships between the two nations who have never signed a peace treaty. (Photo Link here)   Video link of Dr Pak's speech: http://vimeo.com/15585423 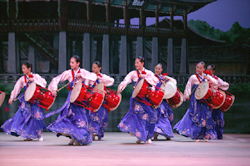 The Little Angels, the Korean Children’s Folk Ballet troupe, came to London on October 2nd 2010 to bring thanks to those British veterans of the Korean War on the 60th anniversary of the outbreak of that conflict. It was a poignant occasion of exquisite art and tearful remembrance.

Attended by many Ambassadors for Peace, diplomats, political and religious figures, Sadler’s Wells was full with many newcomers to Korean culture in both a matinee and an evening performance. The audience was captivated by the grace and dignity of the young performers of Korea’s foremost art and culture school. Photo link here. Video Link. 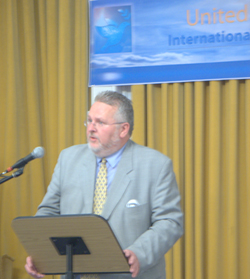