UPF One Day Seminar in Wiltshire

In the West Country at Cleeve House, the third event in a series of ongoing one day Universal Peace Federation (UPF) leadership seminars was held on Saturday 18th March 2017. The title of the seminar was “True Family Values and a Peaceful World”. (Photo Link)

We had a grand total of 13 participants and started the day’s program just after 10.30am with a welcome and introduction from MC: Mr Christopher Frith from UPF Swindon. Each speaker for the day was then cordially asked to say a few words about what moves them to do what they are doing for UPF.

The first presentation of the day then followed at 11am by Mr. Carlo Zaccarelli, UPF Co-Director for the West Country Region. His talk was entitled: "True Family Values: Building a Peaceful Family". In this way Carlo was able to outline some of the core aims and goals of UPF very clearly, so that the participants could understand the purpose and orientation of the meeting.

UK - UPF Secretary General, Robin Marsh, who had come by special invitation all the way from London, to give his special keynote PowerPoint presentation about recent UPF events, as well as MEPI (Middle East Peace Initiative) and the International Association of Parliamentarians for Peace, whose UK launch was held last year in London.

Robin’s first talk entitled: “Building a Peaceful World –The Role of UPF & World Peace”, was a pictorial historical document of the outreach made to high level contacts in order to further the goals of UPF.

In his second presentation entitled: “Peaceful Families are the Basis for Building a Peaceful World”, Robin was able to go into more detail about how the aims of UPF can apply specifically to families, and how important it is for the parents to provide clear guidelines and be living role models for their children to follow. 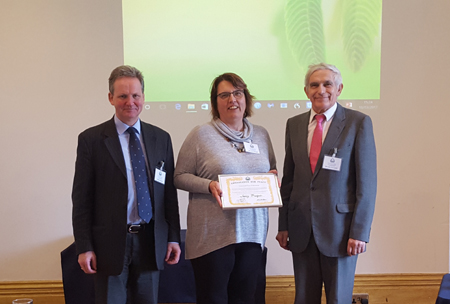 He used very clear examples by referring to the parents of Mother Theresa, and how they influenced her life, as well as the parents of Gandhi who also had a profound influence on Gandhi as a young man. He also indicated that the same was true in the family of Rev. Moon, UPF co-founder along with

All of those present enjoyed the UPF presentations and were happy to have their questions answered in a very practical way.

At lunchtime we had a photo shoot outside on the steps, followed by a delicious meal with a cream of leek and potato soup and chilli con carne.

A very harmonious atmosphere was generated through sharing together and plenty of time was available for discussion and coffee!

Later in the afternoon, a public speech entitled “Everybody Wants True Love” given by Rev. Dr. Sun Myung Moon on February 10, 2000, at the World Culture and Sports Festival Opening Banquet, Lotte Hotel, Seoul, Korea was presented by Joanna Hartl, who is currently acting as the UPF Regional Secretary. This speech is as relevant today as it was then; as it addresses directly the issues of living for the sake of others, with particular reference to marriage and family relationships.

The participants then formed into discussion groups and had time to share on a deeper level and more intimately: - One

not married and don’t have any children?” This question then gave rise to a lot of sharing and discussion about the challenges and difficulties involved in practising and fulfilling the ideals of the family.

One completely new participant attended the event, and two others who had been to the last UPF meeting in November also attended. 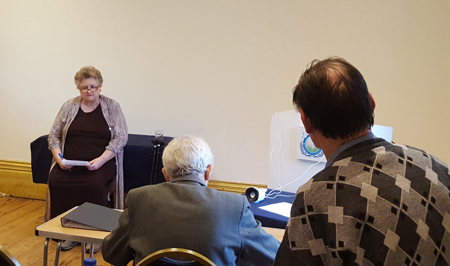 One of those who came to last November’s meeting was also awarded an Ambassador For Peace Award for her ongoing voluntary service to the community.