'Seeking Racial Harmony' is central to Universal Peace Federation's philosophy that views humanity's position as one family embraced by a loving God.

On 17th June UPF hosted a zoom event to highlight the challenges and opportunities faced by young adults during the COVID-19 pandemic. Our attendees were encouraged to discuss how they made the best of the experience- whether it involved spending quality time to unwind with their families or deeply reflect on the socioeconomic and political factors that shape our beliefs, lives and world. From our speakers and the audience’s comments we gathered that the death of George Floyd and the surrounding events were a cause for worry and required further exploration. Two of our panellist shared the unfortunate reality that George Floyd’s story sheds light on the fact that even at this time and age there were people who felt it just to demonstrate such hatred and cruelty. A participant suggested we take this further to parliament by trying to create an All Party Parliamentary Group about the topic and together with support from Universal Peace Federation (UPF). She has appealed to others to help work on this.

Racial harmony is central to Universal Peace Federation's philosophy that highlights humanity's position as one family under God. The founders’ of UPF, Father and Mother Moon, said 'God is colour blind'. They proceeded to encourage inter-racial and international marriage as the vanguard of peace-making efforts. Sadly, human history is far from this position and there is a great deal of healing needed. Allowing another person's experience to be a part of us is a practice of empathy that is challenging if we are not authentic. Our efforts are towards making a political change and improving understanding.

We will bring speakers to share their view as to how this could be brought about- speakers include:

Timothy John Baptiste  spoke on the zoom conference. He teaches non-discrimination workshops in schools. He also emphasises the need to work together for peace. 'Time4Peace' 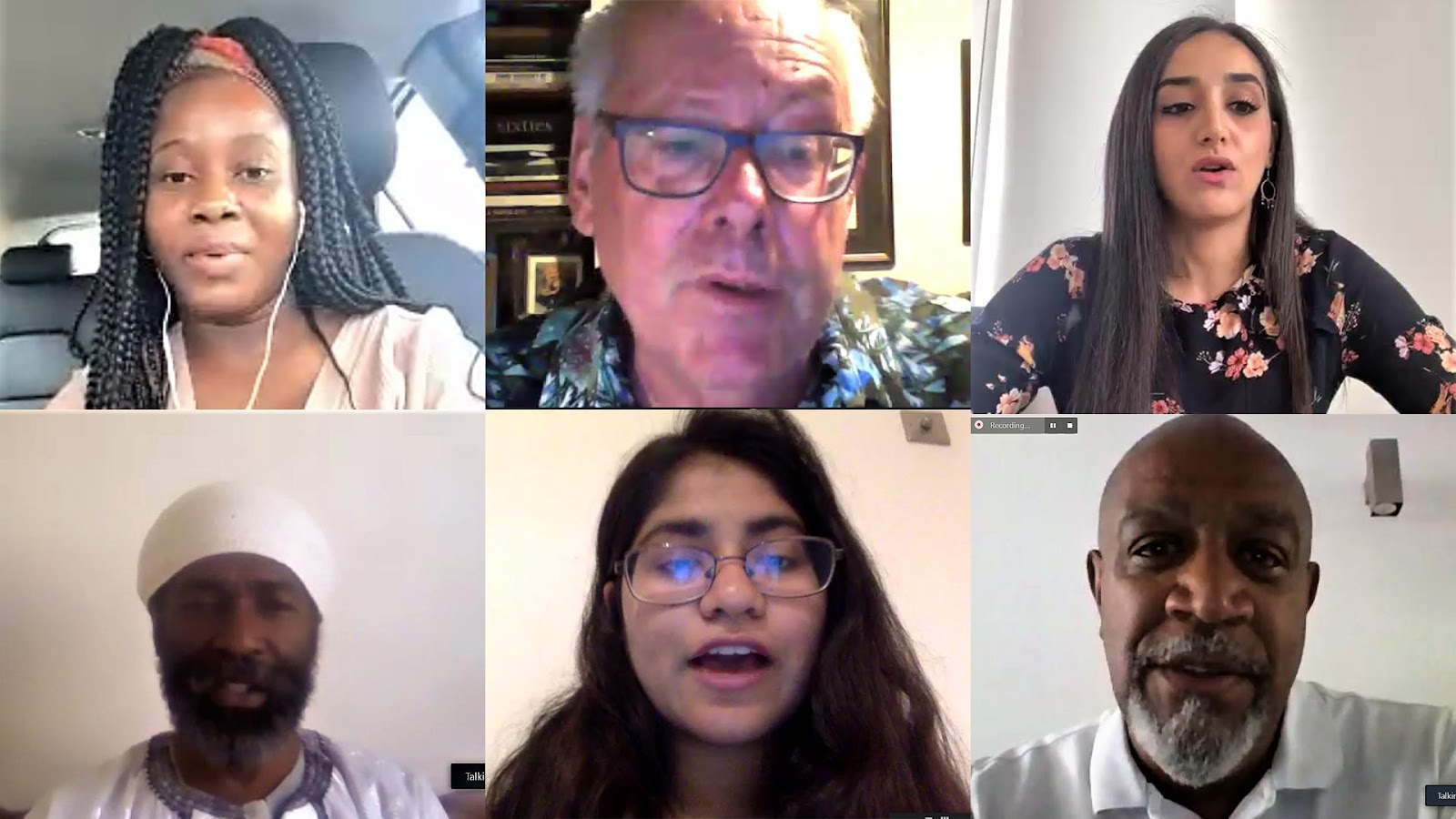 Speech to the Universal Peace Federation - UK online conference on Seeking Racial Harmony, 21 July 2020.
'Britain likes to think of itself as a tolerant society and at school we are taught the value of tolerance. But in seeking racial harmony, tolerance is not enough. What is needed is acceptance – that we accept people for who they are, without thinking that anyone is superior or inferior, especially not because of the colour of their skin.
Of course, it is human nature to notice how other people are different from us, in the first instance because of their appearance. Later other differences, such as character or behaviour, will become evident. But the danger of focusing only on difference, rather than on what unites us, is that we then may see people as The Other, in contrast to ourselves. And an irrational fear of The Other can lead to discrimination.
Racial discrimination can be expressed at a personal level, but it can also be systemic or structural. For example, structural racism within the police force, on both sides of the Atlantic, has been a major cause of the current Black Lives Matter protests and needs to be tackled head-on.
Discrimination is often related to conscious or unconscious racial hierarchies, linked to the notion of white supremacy. The most notorious example of this is the Apartheid system which operated in South Africa for over 40 years after the Second World War. This involved a clearly-defined racial hierarchy, with the whites at the top and the blacks at the bottom, with the Asians and mixed-race – so-called “Coloureds” – in between. Skin colour was the fundamental determinant of one’s identity.
Identity is a complex issue, which can be broadly divided into collective or group identities and individual aspects of identity. Race or ethnicity is only one form of collective identity; religion is another. A feeling of belonging to such a group can in the right circumstances be a supportive form of solidarity. But I wonder if in the modern world we are not seeing Identity Politics go too far. This involves seeing people for what they are rather than who they are, and can be very dangerous if taken to an extreme.
Instead, I believe, we all need to understand that each of us is different and special, then we can lose our fear of The Other.
The Apartheid system in South Africa was swept away after Nelson Mandela was released from prison and later was elected the country’s first President chosen by universal suffrage. He promoted the idea of a new South Africa as a Rainbow Nation, in which every colour is represented. The important thing about that concept is that it is the whole rainbow that is beautiful, in fact more than the sum of its parts.
South Africa still has to solve many of the challenges of inequality and social injustice, but that idea of a Rainbow Nation is something which can be usefully imported to other countries round the world, including Britain. During the course of my lifetime, Britain has become multi-ethnic and multi-cultural, and we should celebrate that for making us this fresh rainbow whole.
Jonathan Fryer